Did you attend school at the 26th Street Schoolhouse? 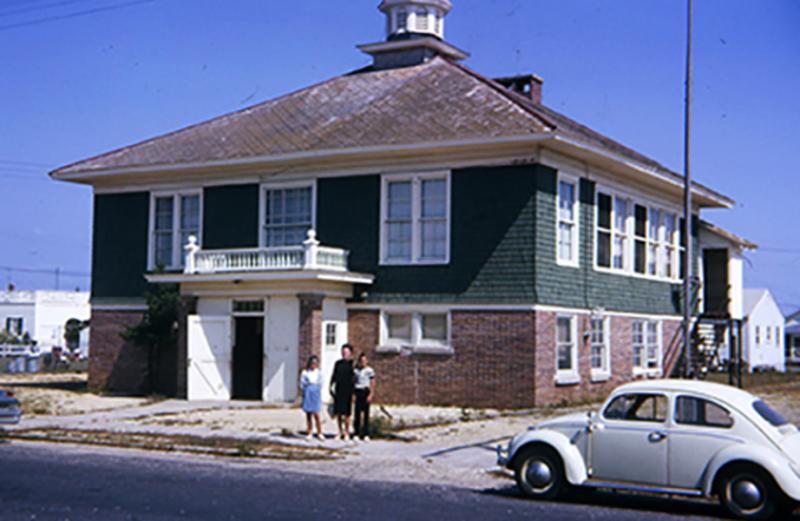 Avalon’s first school was a one-room schoolhouse built in 1892 on 13th Street; it housed pupils on the lower floor and Borough Council on the upper floor. By 1911, the school board (which owned the building) realized the school needed to be upgraded and it needed to be more centrally located as the Borough developed to the south. In September 1913, the Borough purchased four adjoining lots on 26th Street. The new two-room school was erected in 1913-14 at a cost of more than $8,000.

The architect was Lynn H. Boyer (1908-1983) of Wildwood. He studied architecture at the University of Pennsylvania, graduating in the class of 1933. The Philadelphia Architects and Buildings website shows him designing the Baptist Church and Wildwood Convention Hall, both in Wildwood, the North Wildwood City Hall (extant), a school in the Cold Spring area of Lower Township, and a school in North Wildwood (also in 1913). A Google search turns up other projects, mostly in the resort communities on Cape May County’s barrier islands.

The old 1892 school (demolished in the mid-1960s) was leased to the Borough, which then used it in its entirety for administrative offices. The new school accommodated grades one through four in the west side classroom and grades five through eight on the east side classroom. The building was used as a school until the current facility was built in 1965 as part of a two-block borough complex located between 30th and 32nd streets. The 26th Street School was then used as the public library until the turn of the century. It has been mostly unoccupied since then.

The school is locally significant as it represents the growth of Avalon from a nascent resort community begun in the 1880s to a community having enough full-time residents with children than a larger, more up-to-date school building was needed. In the early 1900s, Avalon and Cape May Point (another county resort community) had the smallest student populations within the county’s 15 school districts, thus the new two-classroom school built by the Avalon Board of Education was sufficient for the 50-60 pupils who attended the Avalon school at that time.

(From National Register of Historic Places nomination, by Joan Berkey)