The Unimaginable Journey of Peter Ertel Film and Zoom Q&A 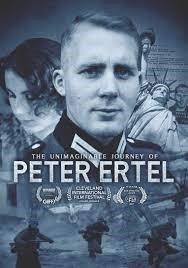 Screening of the award-winning documentary, "The Unimaginable Journey of Peter Ertel" followed by a Zoom Q&A session with the film's director. The film is about the extraordinary odyssey of a German amateur violinist who becomes a reluctant soldier in Hitler's army and defies overwhelming odds to not only survive World War II, but to become a U.S. Government agent. Then, after immigrating to America, he begins a 25-year career with a small Ohio company owned by Orthodox Jews. Peter Ertel, 95 at the time of filming, tells his own incredible life story.